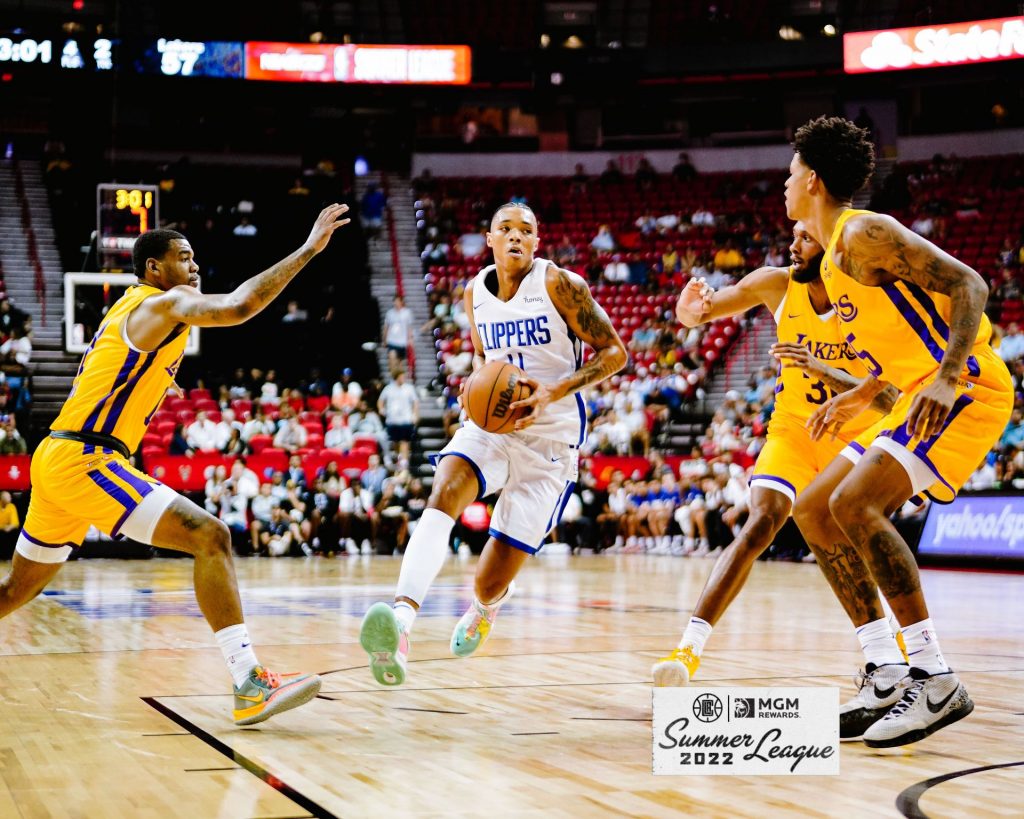 The Clippers fell to the Lakers last night in game two of the team’s Summer League schedule, 83-72. Brandon Boston Jr. and Jay Scrubb led the team in scoring with 15 points, while Moussa Diabaté tallied nine points and grabbed eight rebounds. The Clippers return to action tonight against the Denver Nuggets at 7 pm on NBA TV.

“Brandon Boston Jr. and Jay Scrubb led the Clippers with 15 points apiece, though neither proved especially efficient, shooting 3 for 12 and 4 for 11 from the field, respectively. Scrubb was involved in an awkward collision with second-round pick Moussa Diabaté late in the game beneath the Clippers’ basket, but both players were able to continue playing.“   Read the SoCal News Group story HERE

“There were five ties and eight lead changes in those close-fought battle, with neither team leading by more than 12 points. The Lakers finished the game on a 19-7 run across the closing seven minutes, completing a 21-10 fourth-quarter comeback win.”   Read the NBA.com story HERE